It’s hardly noon, and already triple digit weather is well on its way. The window sign hasn’t been flipped, but customers are waltzing up to the shop, their eyes pouring over large signs describing ice cream concoctions found nowhere else in San Joaquin. Owners Aminda and Roderick Tyler open their door wide, and two girls are the first to enter. They’re already exclaiming about the Instagram shots they’d seen of the place, but truth be told? Nothing, but a personal encounter with House of Ice Cream’s many artistic chilled treats will do.
“It all started at my parent’s donut shop,” Aminda begins. There, she and Rodrick worked as they pursued business degrees at Delta College. For the couple, it was harmless fun at first—creating zany donuts and posting them up on Facebook and Instagram. But soon, those very donuts and their savvy social media skills landed the duo a spot on Good Day Sacramento. After some serious heart to heart chats, they decided it was time to start their own business, something they’d dreamed of.
“We knew we wanted to work with food, and particularly ice cream,” Roderick explains. And when inspiration struck during an episode of House of Cards, the couple went straight to work. “I made the logo that very night. We created an Instagram, Facebook, and the next day we started looking for a location,” he says.
But, much like the port-side city they’d hoped to open their shop in, the couple was treated like the underdog. “Nobody wanted to give us a location,” says Roderick. “We were this close to not doing it.” But even with the cards stacked against them, Aminda and Roderick prevailed, celebrating their first year of business in May.
And how could they not? Ice cream filled donuts were only the beginning. Now, the couple offers waffles and conchas (Mexican sweet rolls) as the outer shell for a delectable ice cream sandwich. And the crazy milkshake truly lives up to its name, mixed with your favorite flavor and served in a glass mason jar you’re free to take home, topped with a scoop of ice cream, a glazed old fashioned doughnut, and a topping of your choice.
But House of Ice Cream has become more than just a tasty retreat from the heat. It’s a beacon for many in the community—as Roderick and Aminda, only in their early 20’s, push for the success and growth of both their city and employees. With the hope that their success spills over and into the minds of Stockton’s youth, the couple encourages their staff to follow their dreams. “They need role models to look up to,” Aminda states. Roderick adds that, “…instead of drug dealers and gang bangers, kids need to see positive role models that have nice things because they’ve worked hard. People that can still catch their eye, because they’ve made it.”
The owners behind House of Ice Cream continue to strive for bigger and better goals, and are considering opening a second shop in San Joaquin. And after that? The world is their oyster. But at the end of the day, Aminda says that there’s always one thing she looks forward to most for tomorrow. “Seeing our customers happy with their treat.” 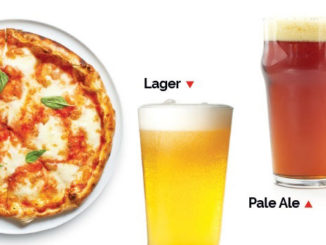 Match Made in Ale 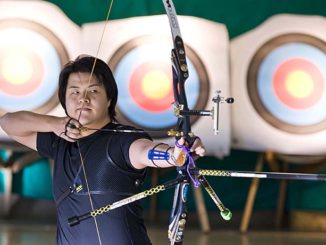 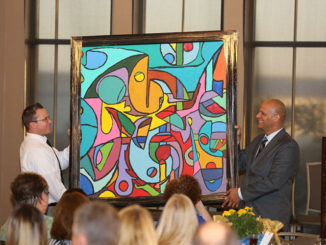 Art from the Heart