For West Coast natives, the historic charm of the East is often the most enticing reason to set off on a cross-country journey. Where history, beer, and baseball reign supreme, Boston, Mass. is prime for July, when Americans celebrate independence and freedom. Founded in 1630, Boston is one of the oldest cities in the United States, and played a key role in American History. Step foot onto the cobblestoned paths where Paul Revere once rode his horse before stepping foot on the field where Babe Ruth got his start and watch your history books come alive in this quintessential Independence Day escape.

The ideal place to stash your bags during a summer trip in Boston is somewhere near public transportation. The old roads (many were built before the invention of cars) will make your head hurt before you arrive at your first destination. Luckily, the “T”—as locals fondly call the train—is clean, timely, and easy to use. The color-coded subway system is even hailed by visitors as a convenient, and less confusing, way to navigate Boston proper. The Westin in Copley Place (10 Huntington Ave.) is one such option, just a three-minute walk from the subway station. Nearby, the Boston Marriott Long Wharf (296 State St.) is a brief one-minute walk from the nearest metro. If you’re looking to save on accommodations, consider the surrounding Cambridge where you can ride into Boston daily via public transit.

A Healthy Dose of History

The Freedom Trail—a 2.5-mile walking route that takes visitors through some of Boston’s best historic landmarks—should be first on your to-do list (TheFreedomTrail.org). With twisting, one-way streets, it can be easy to veer off course, so keep your eye on the redlined walkways that mark the trail; they indicate you’re in the right place. (Don’t forget to grab a map so you can find your way back).

Along the way you’ll spot 16 famed landmarks—including the site of the Boston Massacre, Paul Revere’s House, the Bunker Hill Monument, and more. Each step on the storied path tells a tale from American History.

Of notable interest is The Printing Office of Edes & Gill (21 Unity St.). Opened in 2011, it allows visitors an inside look at printing in the colonial times. Inside the Clough House, the 18th century print shop provides an interpretive experience featuring historic equipment and live demonstrations, all while teaching the importance newspapers played in colonial times and the beginning of the Revolutionary War.

Once you’ve exhausted the Freedom Trail, take a detour onto the Sea Trail. Stretching from Beacon Hill to State Street to Long Wharf, continue your trek through history by taking note of the glass and steel panels along the way that boast historic maps and stories of how the geography of eight Boston locations along the route have changed over time. When you finish, you’ll have reached one of Boston’s other main draws, the Boston Harbor, site of the Boston Tea Party.

Permission to come aboard? Granted! Visit the ships and subsequent museum to learn all you can about the Boston Harbor. Then, give it a rest and step into the present. The Boston Harbor is full of fresh seafood restaurants, adorable shops, and the famed New England Aquarium (1 Central Wharf).

On the Boston Waterfront sits Strega Waterfront (1 Marina Park Dr.) a glamorous restaurant on the water that serves Italian classics, while nearby Yankee Lobster Co. (300 Northern Ave.) is an understated counter-serve eatery that doles out fresh seafood on the patio.

With the Monterey Bay Aquarium in close quarters of home, it may be hard to convince yourself a trip inside the New England Aquarium is worthwhile, but there’s a reason it’s been ranked among the best.

Outside, seals that flip for fish with their trainers play in a giant pool, and you can catch a live, impromptu show just by strolling through. There’s also an impressive selection of boisterous penguins, and huge sea turtles that come to the aquarium as part of its endangered turtle conservation efforts. July also falls in the middle of whale watching season (April to October). The museum partners with Boston Harbor Cruises (1 Long Wharf) so visitors can venture into the water for the best seats.

If you’re hoping to see some whales on your Boston excursion, find a charter that guarantees sightings. Many will offer a refund if your trip comes up whale-less. You can also spend your waiting time learning the ins and outs of whales by boarding a boat with a naturalist. These tour guides fill passengers in on all they need to know about some of the world’s largest known creatures.

So what can you expect to see while out on the water? Humpback whales and finback whales are the most-commonly spotted species in Boston, but minke, right and pilot whales aren’t a rarity. However, if you get really lucky, you just might catch a glimpse of a smaller species such as a sperm, beluga, sei, or blue whale, all of which have been spotted in Massachusetts.

North End is Boston’s very own little Italy. Known as the city’s oldest residential area (inhabited since the 1630s) it’s filled with Italian heritage and history, and is also considered one of Boston’s most sought-after neighborhoods to live in.

Like any neighborhood in Boston proper, North End is home to some wonderful historic landmarks, most notably Paul Revere’s House (on the Freedom Trail), the only 17th century wood dwelling still standing in its original Boston site. But it’s also home to gourmet Italian cuisine you won’t be able to turn down. For a romantic dinner for two, step into Mamma Maria (3 N. Square). Inside of a townhouse, the five private dining rooms don tables filled with the menu’s refined dishes—such as Bolognese Pasta (with spicy artisanal pepperoncini pasta) and Monkfish & Lobster (over a slow-cooked risotto nero with steamed mussels).

Several streets boast tiny t-shirt shops with Italian-flag designed fashions and other knick-knacks, but a true shopaholic will not be able to turn down a spree inside in-jean-ius (441 Hanover St.), a clothing boutique with a knack for fitting women into the perfect pair of jeans. However, perhaps you should try on the jeans before you feast Italian-style.

Just down the street, Gelateria (272 Hanover St.) is the ideal end to your foray into Italian culture. The house-made gelato (with flavors like green apple, cioccolato, and tiramisu) will not disappoint, along with other pastries, espressos, and after-dinner drinks.

The phrase “Beer is proof God loves us and wants us to be happy,” is often attributed to Benjamin Franklin, a Boston-native. While the quote isn’t an exact attribution, it’s close enough; and it is fitting given Boston’s history with the American beverage staple.

A nod to one of America’s founding fathers, Samuel Adams is one of the best-selling craft brews in the U.S. Take a tour of the factory (30 Germania St.) and have a taste while you’re there. Tours can be scheduled in advance (SamuelAdams.com).

Next up, cure your homesickness by stopping into the place “where everybody knows your name.” There are two Cheers locations in Boston—“the original” and “the replica.” Stop at either one and order a beer, then check that item off of your bucket list!

A Tale of Two Cheers

A bar called Bull & Finch was used in the exterior shots of the popular television show Cheers (it has since been renamed Cheers Beacon Hill, 84 Beacon St.). However, the interior shots weren’t taken at the same place, meaning the inside of Bull & Finch never resembled the bar everyone became familiar with on television. To rectify the problem, a modernized replica of the set was built on the ground floor.

To further capitalize on the show’s popularity, a second Cheers (dubbed “the replica”) was built in the Faneuil Hall neighborhood and was named Cheers Faneuil Hall (Quincy Market). This branch was designed to resemble the show. An adjacent shop sells Cheers paraphernalia such as shirts and glasses.

Perhaps the most iconic place to grab a beer in Boston is at Fenway Park (4 Yawkey Way), home of the Boston Red Sox since 1912. Hailed as the oldest ballpark in Major League Baseball, it’s a cant-miss for any fan; and the beer isn’t bad either. Gone are the days of limited, big-brand options, now visitors can enjoy a local, craft beer at the famous ballpark to kill two birds with one stone.

Fancy yourself a San Francisco Giants fan? They’ll square off against the Red Sox July 19 and 20 at Fenway Park. Buy tickets (Boston.Redsox.Mlb.com).

If the days are spent walking historic trails and feasting on cultural delicacies, what do you do come nightfall in Boston? In a city brimming with history, don’t forget to indulge in its boundless culture. Both the Boston Opera House (539 Washington St.) and the Wang Theater (270 Tremont St.) fill their seasons with crowd-drawing shows, and wallet-friendly tickets can easily be found at BosTix, which offers deep discounts on performing arts of all kinds. Just look for the ticket booth in Faneuil Hall Marketplace or Copley Square.

Before the show, grab dinner at Oak Long Bar + Kitchen (138 St James Ave.) where farm-to-table American eats and craft beer are all too appropriate for your patriot-themed vacation, and handcrafted martinis are a specialty.

Plan a trip to match your taste; after all, there’s plenty to do and see in Boston. And the July weather will be a warm (not hot!) welcome, where sea breezes cool the coast to well below the 100-degree mark San Joaquin County sees daily. 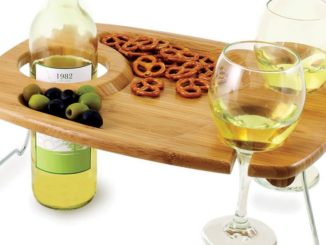 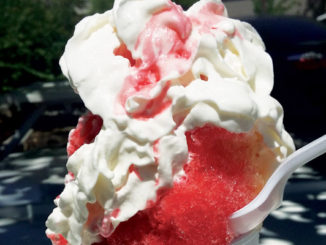