To many in Stockton, Anna Malaika Nti-Asare is best known as the woman on the arm of Mayor Michael Tubbs. Over the past two years, standing by her fiancé’s side throughout his campaign, she’s been referred to as a “trophy girlfriend” and a “pretty face.” And while those comments may disguise themselves as compliments, they strike a nerve with Anna. A world traveler, a dedicated scholar with a collection of degrees from prestigious universities, and a prominent voice for social justice, Anna is ashamed of the way some people feel they can talk about her.

“I’m typically a very vocal person but knowing we were campaigning I didn’t want to make it about me,” Anna said of her decision to not react right away. Instead she took the opportunity to speak against the stereotyping when she was asked in interviews later, and admittedly, the comments have slowed down since. “I try to be timely with my reaction and still use it as a teachable moment for people… I do think it’s important that more people challenge gender stereotyping.”

Anna says her own travels coupled with her parents’ dedication to human rights issues have given her a unique understanding of human nature, and she strives to teach others about equality and the right way to get to know someone, free of assumptions.

They are lessons she shares with her students at Aspire Langston Hughes Academy in Stockton where her classroom is made up primarily of low-income students who qualify for free and reduced meal plans, living in a high-poverty city where reaching an education beyond high school often feels impossible. It’s a far cry from her own childhood spent bouncing from country to country as her parents practiced international law.

“A lot of my life revolves around my passion for helping more people have access to more things that seem inaccessible to them,” Anna shares. Her ideas fit perfectly with her plans to continue pursuing education as a career. “Education is the avenue through which we can either teach kids to repeat the cycle that they are apart of or where we can help them change their lives, and change the world.”

And while Mayor Tubbs embarks on his journey in office, Anna has her own plans. She is spearheading her own initiatives for Stockton, one focused on the uplift of women and the other on helping middle school students who are at risk of suspension. Anna will be working with the San Joaquin Data Co-op to produce a Report on the Status of Women in Stockton and with the School Board on a bi-monthly conference aimed at helping eighth grade students gain more tools for healthy living, eating, and expression.  She’s clear that while she supports her fiancé’s occupation, she also has dreams of her own. After all, at just 24-years-old, the Stanford and Cambridge graduate has already accomplished so much, why stop now?

“I know how closely my students are watching me… I try very hard to show them that they should strike some sort of balance. They should nurture their relationships, but they also have to be dependent on themselves and have the ability to take care of themselves.”

In the fall, Anna will return to Cambridge for the Ph.D in Education she’s been dreaming of as a recipient of the prestigious Gates Cambridge scholarship. She’s also written a book—a work of fiction about a dystopian universe thick with themes that permeate our current culture, highlighting racism and sexism in a hyperbolic manner—that she’s hoping to get published soon.

“My dream has always been to be a public intellectual,” Anna says of her aspirations. And she has an important message for the next generation. “Do not allow others to tell you what your place is. You should be able to determine your place. If the environment you are in isn’t giving you what you need, you have the ability to advocate for yourself,” she says. “Our kids often are taught as if change is something of the past… I really just want them to know that change is possible and they are going to be those agents of change.” 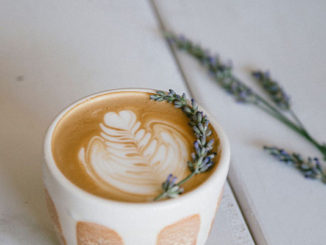 A Sip Of Sweet Lavender 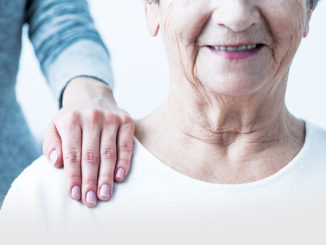 10 Ways to Prevent or Delay Alzheimer’s 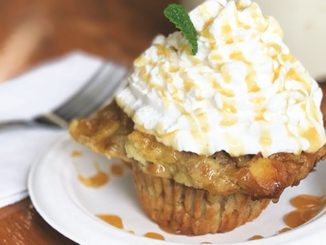