By Nora Heston Tarte
I read once that when young children lie it’s a sign of intelligence. Now, I’m not 100 percent sure if this is true, or just a little lie parents concocted themselves to feel better about their two-year-old’s ability to fib like a politician, but I breathed a little sign of relief when I read it. You see, my son has been capable of lying just as long as he’s been capable of talking.
They started out small. Mere “mistakes” I thought at first. Answering yes to questions when the truth was no–that sort of thing. Then we reached a particularly alarming phase of lying where anytime I asked him about a scratch or a bruise he told me his dog bit him. It lasted so long I was afraid to take him out in public for fear people would call Animal Control to our house to capture the beast (he’s not). My son could be laying down on the couch next to me, playing a little game, his dog not even in the room and he would look up at me with big blue eyes and say “Mom, Nine bite me!” Clearly, Nine did not.
It got a little humorous (but only a little) when he started telling me his grandparents bit him. He’d come home from a day at their house all smile and giggles. I’d question a bruise and he’d look at me, completely serious, and deadpan “Papa bit me.” Obviously, Papa did not. And to make matters worse he’d tell his grandparents the same about his dad and I. I was feeling pretty certain we’d have a CPS visitor at our house before we knew it. And I worried what it would mean if this habit continued into his adult years, if he accused someone of something they didn’t do the consequences would be dire, not just for him but for the person he lied about. I’ve heard all sorts of stories from jail sentences to having to pay thousands in compensation (click here for more information on the consequences of lying about another person) which can happen just from telling something that isn’t true to someone who believes it. I read up on what to do to help him stop these crazy lies and apparently simply praising him for telling the truth was one of the top solutions recommended. Thankfully he got through the phase and stopped with the lying. It was phased out quickly enough but not before he started adding variation to his routine. Let’s just say, it wasn’t only mysterious biting going on, my son was now also being miraculously hit while no one was even standing within arm span of him.
While the outright lying has subsided, his trickery has not. He’ll come bolting into the house from the garage where he’s undoubtedly been “fixing” something with his dad and ask me a question, or tell me he needs something. “Mom! I need to hold dad’s wrench!” My response, “Did dad say you could hold his wrench?” “I NEED IIIIIIIIT” followed by wails. Ah yes, the ol’ ask the other parent when the first one says no. I know it well, kid.
Then there’s the sweet talking. Ohhhh, the sweet talking.
My son: Mom, I really, really love you. I REALLY love you.
Me: Awww honey, I really, really love you, too!
My son: Can I have chocolate milk?

I mean, clearly I gave him chocolate milk, but that’s not the point here. The point is, my son is a genius. And your little fibber probably is too. 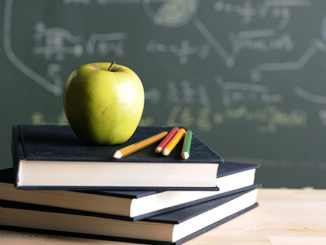 Ask The Experts: Back to School Edition 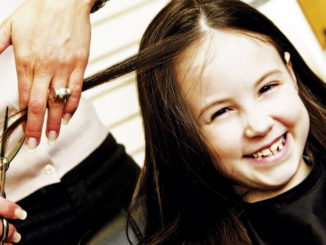 How To Get a Good Kid’s Haircut