A home museum littered in ribbons, stables filled with award-winning stallions and mares, a prestigious lineage dating back nearly a century—these attributes are what set Jack Tone Ranch apart from other horse breeders in the country. A long line of aristocratic horses carrying the highest national distinctions (including U.S. National and International Champion and Top 10 Mares and Stallions) takes up residence on a family ranch on the outskirts of Stockton. Over the years it has transformed from a family farm home with a few well-bred horses to today, a fully active ranch offering boarding, sales, riding lessons, training, and more. The breeding practices, however, are what set Jack Tone Ranch apart—and it all started with a horse named Fadjur.

Marjory F. Tone—the mother of Katheen Hammer, 79, the family’s living matriarch who runs the ranch with her family today—always loved horses. Marjory’s father used to tell her stories of gorgeous Arabian horses and said he hoped one day she would see one in person. When Kathleen was five, Marjory bought her and her siblings a pony and began breeding. A trainer she worked with took in a half-Arabian and Marjory immediately saw a difference in temperament. She started renting out her barn space in trade for an Arabian horse and saved up money from selling chicken eggs to buy the horses’ sister, who became one of the world’s most accomplished Arabian mares. “Her record still stands,” Kathleen says. The mare, named Fer-Natta, had three daughters that each produced five champions. “My mother had an eye for a horse.”

While Marjory’s mares were bringing in plenty of championships, it was her first stallion that put Jack Tone Ranch on the map. Fadjur was just a six-month-old colt when Marjory found him in  Bell, California.  She begged her husband, Jack, to purchase him as a match for her mares. Finally, for her birthday, Fadjur was brought home for Marjory. With Marjory’s gentle hand and unique training intuition, Fadjur became a one-of-a-kind horse and was eventually inducted into the Arabian Horse Hall of Fame. A leading sire of champions, Fadjur graced the covers of many horse magazines, heralded for his distinct look. His sons, grandsons, and granddaughters all followed in Fadjur’s footsteps. “A dynasty in the Arabian horse breed,” Kathleen says. Some of the top breeding and performing horses in the breed today are descendants of the late Fadjur. “His look is recognizable.” 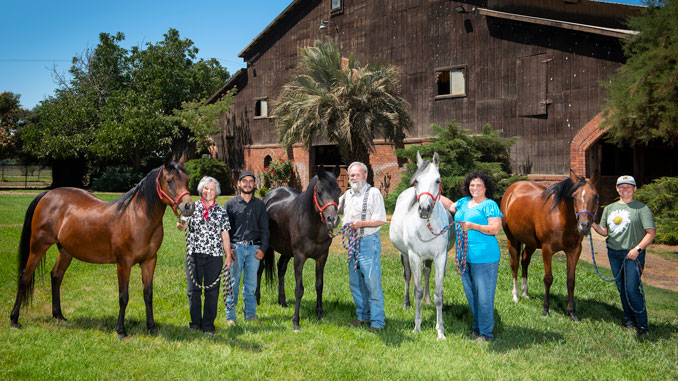 Marjory deserves much of the credit for Jack Tone Ranch’s success. Kathleen, her husband, Jerry, and her sons and daughters inherited the ranch and its operations, but Marjory’s influence remains as the family uses her breeding program to continue turning out champion horses. The family stays true to her original mission—breeding the most beautiful Arabian horses possible without sacrificing intelligence, heart, strength, athletic ability, or hereditary disposition. “Our breeding goal at the Jack Tone Ranch is to produce horses with the incredible Arabian type, beauty, and power of our ideal horse: The fabulous Fadjur,” Kathleen says.

“We’re using some of the techniques that were used to create and develop new breeds,” Margie says of the program her grandmother developed. In the case of Fadjur, the family wanted to pass on the attributes that made him a champion.  Although his high, arched neck, beauty, and conformation made him a star, his presence is perhaps what won judges over. “He was so loving that never once in his life did he fail to say hello to a visitor, no matter how many had come before them,” according to a Jack Tone Ranch pamphlet. He was known for having an “almost-human intelligence and understanding.”

To keep Fadjur’s influence prominent, sisters, half-sisters, and granddaughters of Fadjur were bred to him. When looking for mares to breed with Fadjur, Marjory specifically chose those that bore the strongest resemblance to him. Direct descendants of Fadjur are given their own name but Fadjur’s or Fadjurz comes before their given name to indicate their connection to his legacy. In all of his years of breeding—up until the age of 30—Fadjur was only bred naturally; artificial insemination was never used. In all, he was responsible for siring over 800 purebreds and many more Half-Arabians. His descendants have found their way across the world with kin landing in Argentina, Austria, Australia, Brazil, Canada, Costa Rica, England, West Germany, Guatemala, Mexico, Morocco, South Africa, Spain, Wales, and the state of Hawaii. While Fadjur has since passed on, his descendants continue to be part of the breeding process to keep the line as pure as possible.  One of the most successful descendants of Fadjur is Khemosabi, who  descended from Fadjur crossed with  a half-sister. Khemosabi  inherited the title of Leading Sire of Champions after Fadjur passed. Fadjur produced National Champions with a full sister as well. In 1970, when America’s 10 Living Legends of the Arabian Breed were named, five were related to Fadjur. Fadjur himself is a consistent name on every top ten national list paying tribute to Arabian horses.

The dedication to lineage is one of the reasons people trust the Tone family with breeding. Every year, two to five foals (babies) are born on the ranch, and they board 30-40 horses for other nearby residents, caring for them on a daily basis. The family has a herd of 43 of their own. Horses can run in the thousands of dollars, a far cry from the $600 Marjory’s husband paid for Fadjur, but also much less than the hundreds of thousands one could expect at the height of horse breeding in the 1970-80s. 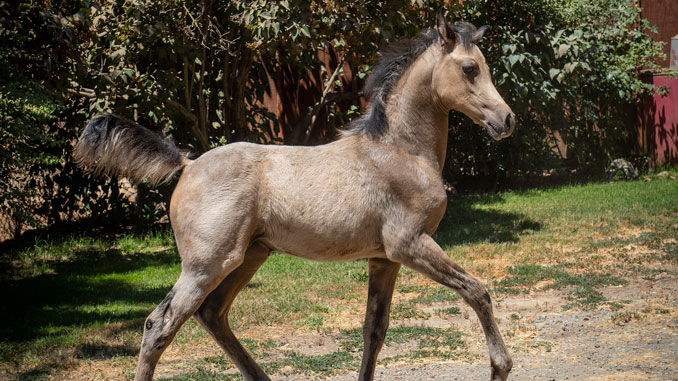 As important as the good work with horses is and the ability to breed champion horses right here in Stockton, something stronger bonds the family to this work. “We were all raised here, and we all were taught to respect the history,” Marjory Pope, the daughter of Kathleen, says. The ranch is still in the Tone family, headed by Jerry, 80, and Kathleen Hammer, their family:  Marjory, Peggy Morrissey,  Robert Hammer,  and Gerard Hammer,  and their seven grandchildren—the sixth generation of Tones loving horses on the Jack Tone Ranch.

Peggy and Steve Morrissey and their family still live on property, in the family’s original house, while Jerry and Kathleen built a second home onsite. Shaded by giant oak trees along the Calaveras River, the  40-acre farm offers more than horses. In fact, Jack Tone, who first founded the ranch after traveling west from New York with the Audubon Party, made his first money in farming, starting with potatoes sold to the gold miners in 1849 when the ranch was established. The family farm is still operational, and the original fruit orchard counts as some of the first crops ever grown in San Joaquin County—now a bustling center of California agriculture. Today, Jack Tone’s family grows cherries, grapes, walnuts, and oat hay (of which they go through quite a lot of for the resident horses). 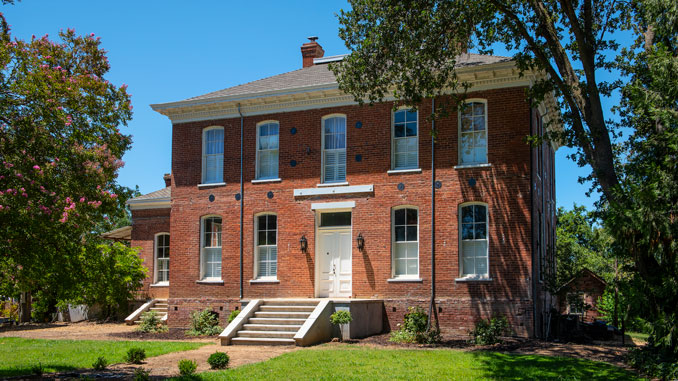 Coined as the oldest continuously operating horse ranch in California, Jack Tone Ranch was designated a California historical landmark and many of the original buildings still exist on the property, creating a living, breathing museum in the family home. And while the family owns the land, they aren’t set on keeping it to themselves. California history buffs and equestrians are welcome to make an appointment to tour the facilities regarding lessons, boarding, and/or sales. “We like to share it with people,” Kathleen says.

Learn more about the champion stallion

Age of retirement from the showring: 23

The number of US National Top Ten Stallion awards: 5

The number of Class A Championship individuals bred from Fadjur: 106 (and counting!)

The number of purebreds sired by Fadjur: 800+

Outcrossing – the practice of introducing unrelated genetic material into a breeding line for the health of the horse; breeding with another bloodline within the same breed