Come one, come all, to the family-friendly Stockton Summer Jazz Series. Hosted at McLeod Park, this event—produced by SMA Entertainment LLC—is heating up. Started in 2015 as a whole-family show, the jazz series brings live music to Stockton and works with local community non-profits and small businesses to leverage support for the artists as well as local companies and organizations. With two successful events under their belt this year (the series started in June) the team is closing out the summer with three more shows through September.

“SMA Entertainment’s vision is to bring wonderful selections of old school performers to the Stockton area. Our goal is to infuse, excite, and encourage the young and old with great artists of our past in effort to share how music has influenced today’s culture,” says Margo Alexander-Dillon of SMA Entertainment. “If you find something where you can involve the whole family, that’s something we like to see happen in Stockton.”

The idea stemmed from similar festivals in surrounding cities. After spending an afternoon in the park listening to music in San Jose, Margo thought to herself, “why can’t we have stuff like that?” So the series was born.

The summer series moved to McLeod Park this year to encourage kids to attend (the water park is nearby and merchants and food vendors are on-site), as well as to show Stockton youth possibility. “You can do anything you want to do,” Margo says.

Along with the owners of SMA—Stephen and Michelle Alexander—Margo works hard to bring in talent that “has arrived,” and then books local musicians to open the shows. Names like Marion Meadows and Paul Taylor draw crowds, and local acts reap benefits.

So why jazz? Margo says the jazz scene in Stockton was a little dry and the owners of SMA Entertainment are fans of the genre. But that’s not the only reason. Families should enjoy “sitting back and relaxing and seeing how instruments also play a part in the history of music,” she says.

At its core, SMA staff says they want to infuse a sense of family and community into Stockton with an event that’s meant to entertain those of all ages.

“To me family is important especially in a community where we’re all raising children,” says Margo. “The kids might not remember the music, but they’ll remember the experience.” 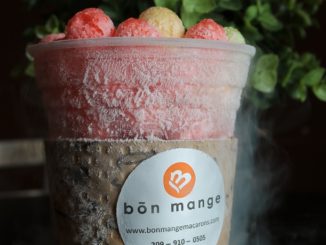