With the press of a button we have access to a host of news broadcasts, music, and information during our early morning commute. It’s a time when we can listen in on the world around us. But what about locally? Sure, we know what’s happening in the state capitol, headlines on our nation’s largest cities, or what’s breaking overseas, but what about events and issues developing in our own backyard?

That’s where Stone Soup Community Radio (SSCR) steps in. Located at the Peace and Justice Network on the Miracle Mile, this small team of dedicated broadcasters, board members, and community advocates have become one of Stockton’s beacons in bringing quality programming that features local talent, leaders, and music for its listeners.

The entire process began when the Peace & Justice Board was asked to bring community radio to Stockton. Now in 2016, Stone Soup Community Radio is taking its final steps from an internet based station to become an LPFM channel at Stone Soup 92.1 KPJS, by raising funds for their Stockton based transmitter. Coming up with fundraising ideas can be difficult, but they hope they can achieve it.

Dean Tiernan, SSCR’s recently appointed station manager, discussed with us his hopes for what getting the channel will do for Stockton. “I see this as an opportunity to grow local programming, music and discussions,” Dean explains. “The FCC has added low power FM stations, like ours, for the specific purpose of adding community back to radio.”

Greg Severi is one of the lead radio hosts at SSCR, providing quality music via his show, the Ralph Furley Musical Caravan. His dream for SSCR is to showcase more locality. “I’d really like to see a lot of shows featuring local artists, whether they are a musical act, a poet, or talk radio,” he says. “It’s all about community, hence the name ‘community radio’, and I’d like to see the station embrace all aspects of the community.”‘

Board members like Christie Kelley have been priming residents for the station’s big break, garnering attention at events like Stockton is Magnificent and Earth Day. “We’re trying to get the community more involved. We’d love to grow and have training stations going on so that people who [don’t know the setup], but want to get involved, can get training.”

It’s a labor of love for Stone Soup Community Radio, but it’s the passionate drive that’s bringing this station onwards and toward its goal of reaching listeners through the FM waves. With the help of its listeners and the SSCR crew, it’s a reality that’s only months away.

Make a Transmitter Donation At:

From behind the scenes to being on the air, SSCR wants you to get involved!

Get In The Loop At: 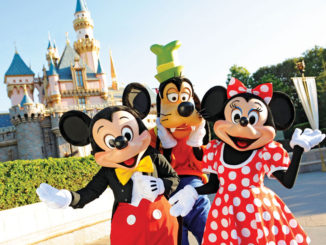 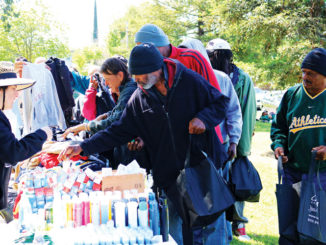