Alexandra Matthews found herself taking a leap many wish they could—one that led her to quit her day job in 2014 and purchase a one-way ticket around the world. The Stockton native and recent TCU (Texas Christian University) graduate was working in marketing in Dallas, but began to feel the itch of wanderlust as her two best friends embarked on a New Zealand adventure. “They wanted to travel before beginning their careers,” she explains. “They asked me to join them when they first began their adventure, but I initially said no.”

Quickly Alex realized she, too, wanted the opportunity to travel before emerging herself in the “real world,” and it wasn’t soon after the then 23-year-old joined her friends in New Zealand. “We were all there on work visas,” she says. “So we would travel, find a place we all liked, and would find jobs there to get by.”

From May 2014 to August 2015 Alex called over seven different countries home. From New Zealand to Indonesia, Australia, Italy, and France, each new adventure nurtured the young women’s growth.

“I learned that the best things in life are free,” she says. “Seeing the world opened my eyes to how little I needed to be happy. My best friends and I had a bag to put our belongings, a tent to sleep in, a working car, food, water and each other and we were so happy.”

As the friends prepared to bid farewell to their adventures, Alex invested in one more soul searching opportunity. “I asked myself, ‘What is the one thing I want to do before I go home?’” The answer came easy to her, as she grew up under the wing of her artist grandmother, Doris Camp. “I would spend days with her as a little girl painting and doodling,” she remembers. “Growing up, I was really into sports, so art was an outlet for me. It was something I would do on the side between school and practice.”

[pullquote]”I learned that the best things in life are free.”[/pullquote]

The outlet quickly flourished as Alex participated in an art class at Paris College of Art in Paris. The class, called Painting En Plein Air, called students to gather outside together and paint what was in front of them.  “The class pushed me to look at things from a different perspective,” she says.

“I also learned that you can create art anywhere at any time. At home I would almost spend more time preparing my space, finding the best art supplies, and laying it all in the perfect spot,” she says. “But in this class we would hop on the metro with a messy bag full of cheap paint, brushes, crinkled paper and a water bottle and we were good to go. We did all of our painting outside and it was such a cool experience.”

Alex returned home promising to pursue her burning passions, and that she did, founding Soul Paper in September of 2015.

“If I could do one thing for the rest of my life it would be exactly this,” she says. “For me, my art comes from my soul and I want to leave a part of myself in the work, and that to me is why I chose the name Soul Paper- I like what it encompasses.”

From cute greeting cards and watercolor fashion illustrations, to abstract, wall art, and unique state maps—a little part of Alex’s soul clearly shines through each of her pieces. Her Etsy shop page is decorated with rave reviews praising her personal touch, the quality of her pieces, and the thoughtfulness of her brand.

“When people receive an order, I want them to feel happiness, to feel inspired,” she says of her handmade packaging. “I write notes for each order and spend time making it special. “

For personal inspiration, Alex looks to her experiences and surroundings. “I kept a journal while I was traveling and I read it now and then,” she says, “Being out of your element and out of comfort zone really allows you to be creative and push yourself, and that is something money can’t buy.” “And being home in the San Joaquin Valley,” she continues. “It’s such a great place to be, it breeds creativity and the comfort of home and being around the closest people in my life means absolutely everything to me.” 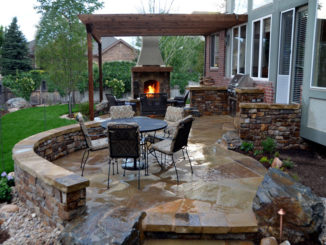 Tip Toe along the Flagstone